We wanted to share with you what we have been doing in P4 this first term.

We start off the classes with "Hello, hello, Can you clap your hands?" by Super Simple Songs. We greet each other and move to the beat of the song and move on to doing our weather manipulative calendar. Our calendar works like this: we have jars where there are pieces of wood with the icons of time and every day a boy or girl looks out the window and puts the corresponding piece in a large glass jar. At the end of the month we count how many pieces of wood there are for each element of the weather and see if it is sunny, cloudy, rainy, etc. In this way we introduce the names in English by making a small statistic of the time of the days we have come to the English classroom.

English was a world completely unknown to us, as we hadn't taken English classes before, but we quickly adapted to the new routines. To learn the routines we used the song “The Incy Wincy Spider” as there are different elements of the weather that we used for our manipulative weather calendar (eg. The sun, the rain ...). To work on it, we sang it in different ways, such as using pom poms as spiders or our arm to use as a waterspout. We also made our own Incy Wincy Spider with playdough, pipe cleaners and googly eyes. We used these spiders to role-play and play with the song.

Halloween came in October and we worked on different elements and vocabulary of the holiday through “Room On The Broom”. We loved doing dragons, flying like witches and wizards and working on the story through the game. We also worked on the holiday season, in which the boys and girls did autonomous learning proposals. For example, we loved using talking tins, which are talking cans that repeated to us the vocabulary they had drawn on them so we could practice it. Also, working on the vocabulary with the playdough mats that our teachers prepared for us. Finally, we practiced the song "Dingle Dangle Scarecrow" because we had seen one on our visit to Can Plana.

In November, we reviewed the animal vocabulary we had learned with "Old McDonald" with the story "The Gingerbread Man." This beautiful story helped us to revise farm animal vocabulary. We worked on body parts of the gingerbread working on different songs such as "Head, Shoulders, Knees and Toes". We researched what ingredients that we needed to make gingerbread cookies. To do this, we experimented with ginger, with its smells and textures. Then each of us was able to create our own gingerbread with Jumping Clay and different elements to make different parts of the body, such as the eyes, nose, mouth, and so on. Then we did a Gingerbread Man museum to see the gingerbreads of our classmates. Continuing with this topic, we wanted to do an experiment to find out why the gingerbread needed the help of the fox to cross the river. To do this, we experimented with different elements to see which ones were floating and which ones were sinking, working on the vocabulary float, sink and melt. It was a lot of fun figuring out which items were floating and which ones weren’t, as well as sorting those items according to their characteristics.

As Christmas was approaching, we wanted to work on the name of the class. In the Frankenstein class we worked on Frankenstein's body parts from a roll the dice game, in small groups, to draw the character's different body parts as they appeared in the instructions of the Frankenstein class game. In the Penguin class, we worked on the name of the class with the story “Lost and Found” and took advantage of this story to play with numbers, such as feed the penguin or count how many polycubes we need to measure different penguins.

During the sessions there were brain breaks with different activities and songs such as "Hop Little Bunnies", "Dance Freeze" or "Winter Freeze Dance" and relaxation activities and massages in English (for example, doing small actions on the backs of our classmates: little raindrops, cutting vegetables, two little ants going up and down, a gingerbread running away fast/slowly…). 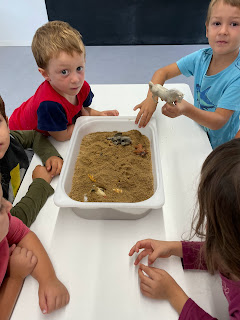 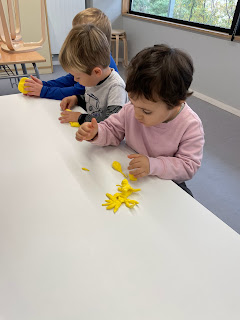 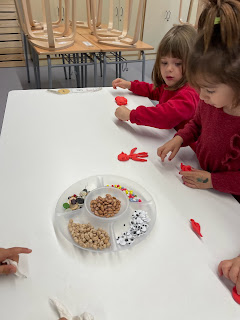 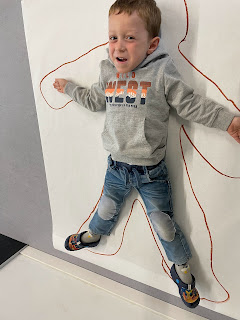 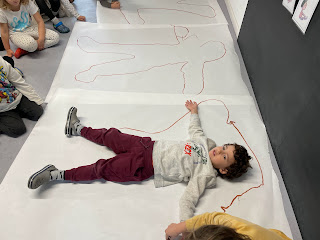 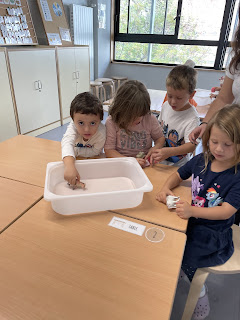 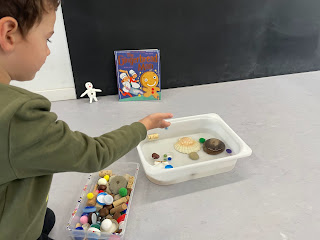 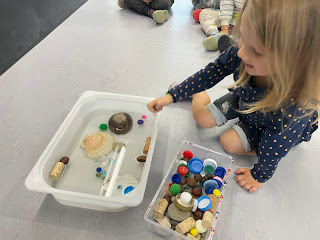 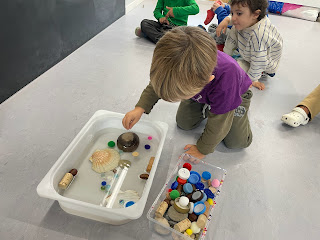 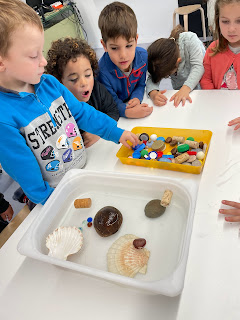 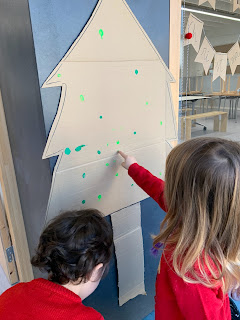 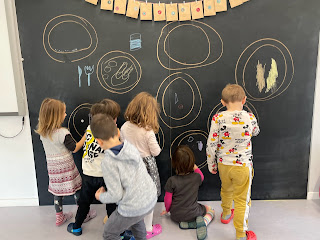 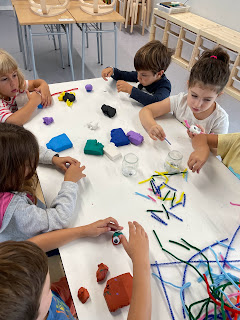 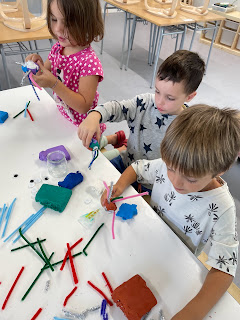 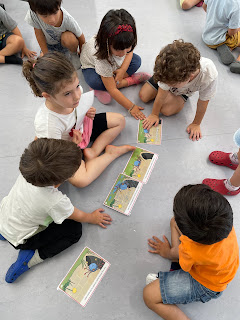 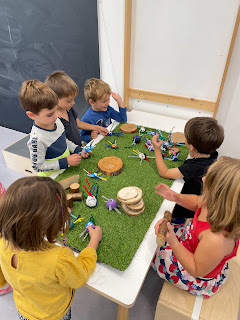 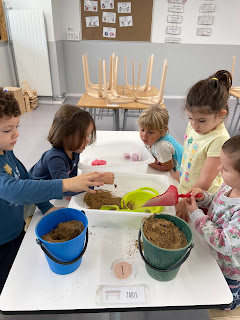 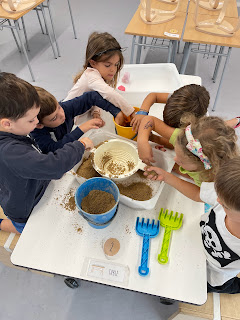 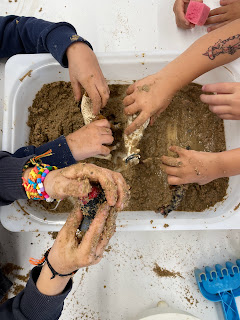 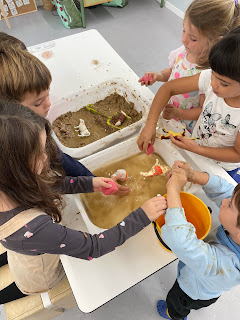 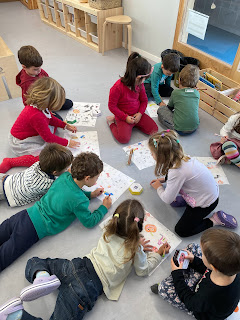 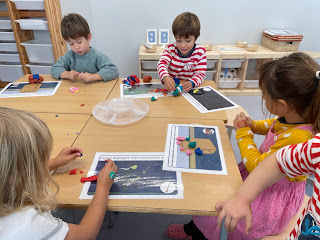 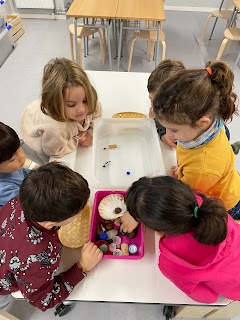 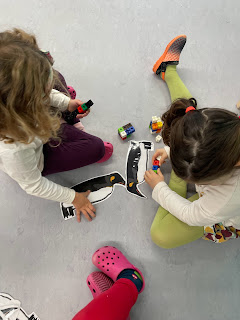 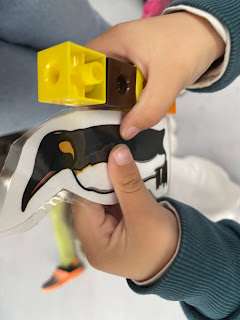 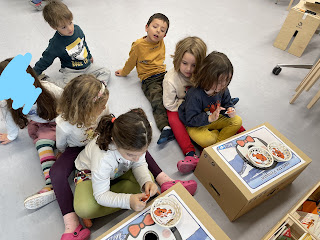 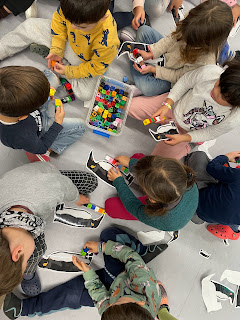 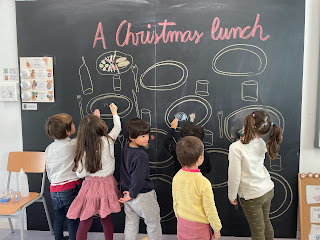 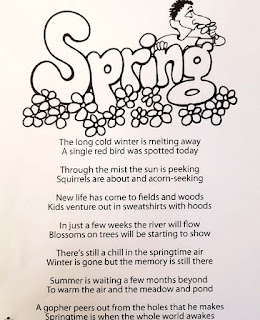 THE WITCH HAS GOT A BIG BLACK HAT

Dear families, In the link below, you'll be able to see the video of our school's English Project, we hope you enjoy it😊 Or click here
Més informació